Securing your communications in a post-Dobbs world 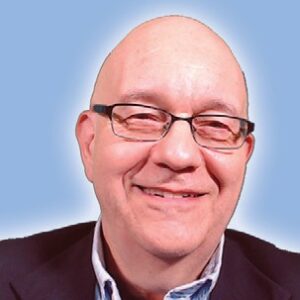 Since the US Supreme Court issued its decision overturning Roe v. Wade last month, many well-meaning supporters of women’s reproductive rights have posted messages on public social media platforms like Twitter and Facebook, ostensibly to let women in states with more restrictive abortion laws know that they are willing to help them seek health care in liberal states.

Given the declared intention of several anti-choice governors to prosecute people who assist residents of their states in defying state restrictions, it’s not unreasonable to think that public messages—and unsecured messages over email and text messaging services—could be used as evidence for those prosecutions. The way some anti-abortion states are writing laws, it’s not at all clear that messaging that’s legal in one state would be free from legal action by other states.

It’s disturbing to me that in America we may be facing state-sanctioned persecution from one state to another in this way, but like it or not, you need a plan.

There are a range of text-messaging apps to secure your communications from intrusion. Many people use WhatsApp, which is owned by Facebook’s parent, Meta. This isn’t a good choice.

Even though messages sent through WhatsApp are encrypted, Meta can access them and turn them over to law enforcement without your knowledge or consent. Again, it’s not clear if they will honor or defy a warrant from, say, Texas officials, for the messages of a New Jersey resident.

The most secure text app seems to be Signal (signal. org/en/). Signal uses what is called “end-to-end” encryption, meaning that any texts you send are encrypted as soon as you send them, and can’t be decrypted except by the recipient. And most importantly, Signal can’t read your messages either, so they can’t be forced to help disclose your messages.

Both texter and receiver need to be using Signal for encryption to be activated. It’s free, and can be set up to take the place of your smartphone’s built-in text app, so the transition will look seamless.

Email is also vulnerable, because most messages are sent “in the clear” without using encryption. Many email systems have add-ins or other tools that let you encode messages for security, but for most non-technical email users, these can be cumbersome to manage, and everyone with whom you want to exchange encrypted messages needs to be on the same system.

A better solution is one we’ve written about before (November 22, 2016 bit.ly/csproton), called ProtonMail (proton. me), a fully encrypted email system whose servers are based in Switzerland, where personal privacy laws are much stricter than in the US.

ProtonMail is also encrypted end-to-end, but if you use the free version of ProtonMail, your recipient doesn’t need to use it as well. ProtonMail will send the recipient a web link they can use to decrypt and read your message. They can also respond and the response will be encrypted back to you.

The bottom line is that the reason we send our postal mail in envelopes is because we have a right to keep those messages away from prying eyes. In the digital world, encrypted messaging tools are the envelopes.

Email steve@compuschmooze.com and tell me what kinds of secure messaging tools you are using or thinking about using. Follow @PodcastSteve on Twitter.

The views and opinions expressed in this article are those of the author and should not be interpreted as reflecting Voice policy.